Together they’re working towards removing the stigma related to mental illness and to bring about dignity in mental health. This is also the theme set by the World Health Organization for this year’s efforts.

“Mental health legislation can have a decisive role to play in fostering conditions for the provision of quality mental health care, reducing stigma, discrimination and marginalisation and ending institutionalisation. Furthermore, the participation of people with psychosocial disabilities in the drafting process is critical to ensuring that their dignity is respected and that their human rights are effectively protected and fulfilled,” says Michelle Funk from the WHO’s department of mental health and substance abuse.

In addition to the strong case made by Funk, there’s also a strong economic argument for preventing mental illness and scaling up mental health care. South Africans suffering from mental illness together lose a total of R30 billion in earnings, whilst government spending on mental health care amounts to only R500 million. (Click here to view source.)

We hope that by working together our call for action will be heard.

During the month of October a number of events will be held in support of mental health care in South Africa.

Visit http://bit.ly/mentalhealthsa to view a calendar of events as well as some useful information on mental health care in South Africa.

You can show your support of this initiative by attending any of the exciting events and by sharing the hashtag #DignityInMind on social media.

For any media queries or to schedule an interview with any of our knowledgeable researchers and mental health care professionals, contact media[at]cpmh.org.za.

Issued on behalf of: 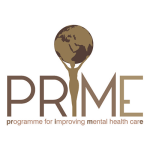 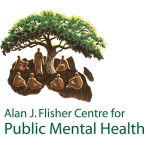 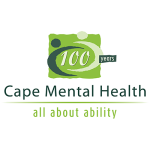 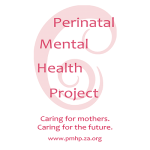 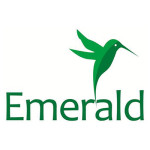 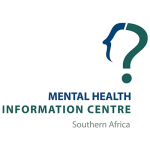 UCT’s Professor Crick Lund, director of the Alan J Flisher Centre for Public Mental Health in the Department of Psychiatry and Mental Health, believes the inclusion of specific mental health targets in the new United Nations Sustainable Development Goals is a major breakthrough in the global effort to get mental health on the development policy agenda.

This follows the UN’s announcement earlier this month that its member nations had adopted the new Development Agenda2030, which will lead global development policy over the next 15 years, and that mental health will be a development priority.

The 17 Sustainable Development Goals will guide efforts across the globe to reduce poverty and increase both physical and mental health by 2030.

“People living in poverty have increased risk for a range of mental health conditions through a number of causal pathways, and conversely people living with mental illness are at risk of drifting into or remaining in poverty,” said Lund.

“Including mental health in international development targets provides an opportunity for countries to implement and monitor efforts at breaking the cycle of poverty and mental illness.”

With this historic decision the UN is addressing the needs of millions of people with mental health problems. Mental Disorders are common and lethal: one in four people in the world experience a mental health condition in their lifetime.

In most countries people with mental health problems are not treated, because of due a lack of mental health systems and services. In low income countries up to 80% of people do not receive treatment, and many people are subject to inappropriate treatment, human rights violations and isolation.

In 2012, suicide was the 15th leading cause of death, and 75% of suicides occurred in low- and middle-income countries. The social and economic costs to nations and society are tremendous.

“We now need to work closely with governments and international development agencies to implement the mental health indicators, which are related to suicide rates and treatment coverage for severe mental illnesses,” said Lund.

The FundaMentalSDG Initiative was led by a steering group made up of 26 leaders in the field of global mental health. Prof Lund is a member of the steering group representing South Africa, through two UCT-led multi-country programmes happening across 8 countries in Africa and Asia: Programme for Improving Mental health care (PRIME) funded by UKAID, and the AFrica Focus on Intervention Research for Mental Health (AFFIRM) funded by the US government’s National Institute for Mental Health (NIMH).

Graham Thornicroft, Professor of Psychiatry at the Institute of Psychiatry, Psychology and Neuroscience at King’s College London, and director of the global initiative FundaMentalSDG to promote mental health in the UN Development Agenda 2030 said: “The clear inclusion of mental health as a priority within the Sustainable Development Goals is a major achievement.”

The aims and potential impact of this new mental health development priority will be:

The consequences of the new mental health priority in the Development Agenda 2030 are far-reaching: The 2030 Agenda is a global policy defining international development priorities, and will lead countries to set priorities for mental health in their national policies and resource planning. Low- and middle-income countries will increase their efforts to reach the targets in mental health, and higher income countries will support less developed nations with financial, human and knowledge resources.

Indicators to measure and make the Development Agenda work

Thornicroft said: “The most important next step is for the UN to adopt two specific indicators (referring to treatment coverage for people with severe mental illness, and to suicide rates). Tracking these measures for every country worldwide will allow us to quantify progress to universal mental health coverage in the future.”

These indicators are crucial, because they will make progress in mental health measureable and will help to hold countries and their governments liable to their commitments and achievements. Only with strong indicators in the SDGs, mental health will really count in the development Agenda2030.

FundaMentalSDG propose 2 indicators (No. 23 & 28) to measure the success of the SDGs and ensure that the Agenda2030 targets on mental health will be met. The indicators are fully aligned with the WHO Global Mental Health Action Plan 2015-2030:

FundaMentalSDG has drafted a position paper and supporting documents to advocate at the national statistics department and UN STATs.  More information & documents for download at www.fundamentalsdg.org

In the Agenda 2030 declaration the United Nations point out that behavioural, developmental and neurological disorders constitute a major challenge for sustainable development. They make a clear commitment to mental health stating that they want ‘A world with equitable and universal access […] to health care and social protection, where physical, mental and social well-being are assured.’ The UN further declare that in order ‘to promote physical and mental health and well-being, and to extend life expectancy for all, we must achieve universal health coverage and access to quality health care. No one must be left behind.’

In goal 3 of the declaration, the Health Goal, the UN point out the importance of mental health for overall health and global development. They state that by 2030, the aim of all countries is to ‘reduce by one third premature mortality from non-communicable diseases through prevention and treatment and promote mental health and well-being’ (target 3.4); ‘Strengthen the prevention and treatment of substance abuse’ (target 3.5), ‘universal health coverage’ (target 3.8);