On a global scale, 1 in 7 mothers experience a degree of depression and anxiety during their perinatal period. The perinatal period refers to the period of time from the beginning of pregnancy, including childbirth, and ends when the baby reaches his first year. Sadly, the symptoms endured by these mothers are often undetected by health care providers, which in turn, leaves the mother and her family uninformed. If left untreated, the long-term effects can have negative consequences to both mother and child. It is with this in mind that maternal mental health organisations from around the globe have joined forces to work towards a common goal – raising awareness of maternal mental health issues with the aim of increasing resources to diagnose and treat perinatal mood and anxiety disorders. In an attempt to achieve this goal, the first World Maternal Mental Health Day will be held on 4 May 2016.

In 2015, a Task Force from around the world began meeting to make plans for World Maternal Mental Health day. Through collective efforts, the campaign aims to raise awareness about maternal mental health by utilising social media and organising in-country events. The PMHP is a proud member of the Task Force, which includes representatives from the UK, US, Canada, Turkey, Australia, Argentina, Malta, New Zealand, Spain, Germany and of course South Africa. You can follow the first ever global ‪#‎WorldMMHDay on Twitter with the hashtag #‎MaternalMHmatters

Zooming In: A South African Perspective – 1 in 5 mothers are affected by depression or anxiety during the perinatal period.  75% of South Africans with mental health problems do not receive the care they need.

South Africa has a high prevalence of adolescent pregnancies with 39% of 15- to 19-year old girls becoming pregnant at least once. However, when coupled with depression, the likelihood of a subsequent teenage pregnancy nearly doubles. Follow the link to get more information on teenage pregnancy in South Africa.

Who is at risk of developing a perinatal mental health disorder?

Mental disorders during pregnancy and in the first year after delivery are common. The risk increases when women face poverty, migration, extreme stress, exposure to violence (domestic, sexual and gender-based), previous history of mental disorders, alcohol and other drug use, as well as low social support. 25% of PMHP clients present with 3 or more risk factors, which puts them at risk for developing psychological distress during and after pregnancy.

In South Africa, 97% of pregnant woman take up antenatal care at a health facility. However, though there are recommended and proven screening tools available, these women are not routinely screened for maternal mental health disorders.  This is largely due to a shortage of qualified care providers who can provide the necessary treatment. The Perinatal Mental Health Project tries to optimise the limited resources we do have in order to create the maximum benefit for vulnerable women. We provide mental health information in three languages, screening and counselling as part of our maternity health care program. We operate at three midwife units in the Western Cape.

How you can help:

We are encouraging local and regional organisations to join the campaign by becoming a global partner and spreading the word that #maternalMHMatters.

For more information about the campaign and to see a complete list of the organisations supporting this effort visit this link.

For more information For more on maternal mental health in South Africa see our press release attached, visit our campaign blog and our website. 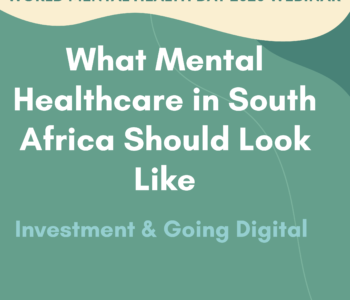 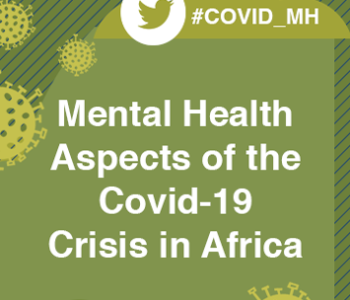